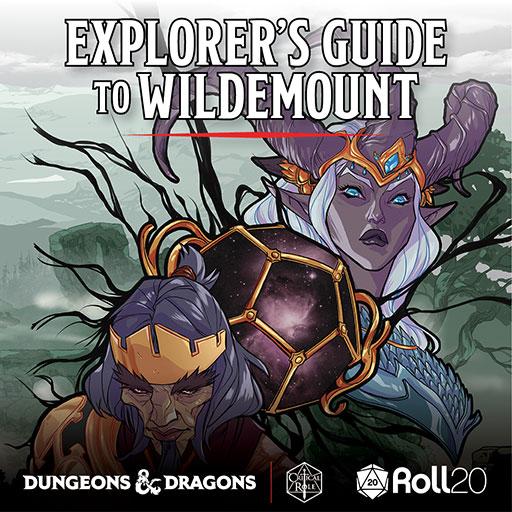 Explorer's Guide to Wildemount
by Wizards of the Coast

The balance aeons seek in all things begins with themselves. Most aeons embody a powerful dichotomy sustained in equilibrium. From the potency of birth and death meeting in akhanas to the philosophies of fate and Freedom embodied by Theletos, the workings of existence take on form and will within their living manifestations. Even the lesser Paracletus unite diverse elements of Creation in their intricate orbits. Such stability reaches beyond the shapes of aeons to inspire and direct their minds, imbuing each with a singular purpose and area of control. Thus, each embodies the realm of reality it would seek to balance, attempting to enforce a harmony as perfect as that of its physical form upon all things. The forms of various types directly suggest their abilities and objectives, with Pleroma aeons, for example, exhibiting the power to create or annihilate, and using such influence to alter that which has grown either too abundant or sterile.

While aeons are not malicious creatures, they care nothing for individual beings or the struggles and emotions central to most life. The ruin of an entire city or burning of a vast forest means equally little in their manipulation of symmetry. By the same right, creating new life or constructing defenses against impending calamities are equally characteristic acts. For aeons, only the final tally matters, and a land overpopulated by humanoids is just as much in need of culling as a land Overrun by ravenous fungi. Just as a body's natural defenses have neither mercy nor malice for invading parasites, aeons don't muddy their objectives with emotion. Such impartiality extends to the interactions between aeons as well. Without culture, society, or even memory beyond the immediate needs of the multiverse, they build no relationships and, in general, have no personalities beyond an automaton-like directness. A vague caste system exists, with aeons that hold influence over greater multiversal principles acknowledged as superior by their lesser brethren. This caste system rarely translates to actual direction and obedience, though. Should the acts of a greater aeon jeopardize the works or even lives of a multitude of lesser aeons, the efforts of the more potent aeon proceed without hesitation. Only in matters of great existential concern do multiple aeons cooperate, directed into doing so by the united consciousness of their race and the multiverse itself, and even then rarely for long.

Many mistake aeons for friends or allies of nature and its creatures. While this might be true at times—and is definitely true if reality as a whole is considered a vast, united organism—aeons care no more for the trees of the forest than for the towers of civilization. For them, all life is life and all death is death, to be preserved or scoured regardless of its arbitrary shape.

In rare cases, aeons have been known to deviate from the whims of the multiverse. Such rogue aeons typically arise from interacting with other races excessively, living beyond their intended times, being exposed to unusual ideas, or being forced to Perform acts they otherwise wouldn't contemplate. These aeons typically take on extreme personalities, coming to favor one aspect of their being over the other—an Akhana is just as likely to become an artist of life as a mass murderer. Normal aeons perceive their rogue brethren as high-priority disturbances in the balance of the multiverse and seek the Destruction of such rarities with all haste.

Monad, the Condition of All

All aeons are bound in a state they know as “the condition of all” or “monad,” a supreme oneness with all members of their race and the multiverse itself. Therefore, aeons exist as an extension of the multiverse; in a fashion similar to the way bones, muscle, and the various humors create a mortal, they exist as part of a greater being. When destroyed or upon accomplishing specific goals, their energies simply dissipate and become reabsorbed into the monad. They do not die, but are instead recycled. They have no discernible memories and seem to exist only in the present, arriving to repair balance. Relationships with non-aeons are generally nonexistent, and they feel no sense of affection, remorse, vengeance, or similar emotions. Aeons deal with each task as its own Action, independent from all other tasks. Thus, an individual once at violent odds with an aeon may, upon their next encounter, have the aeon's full and undaunted support.