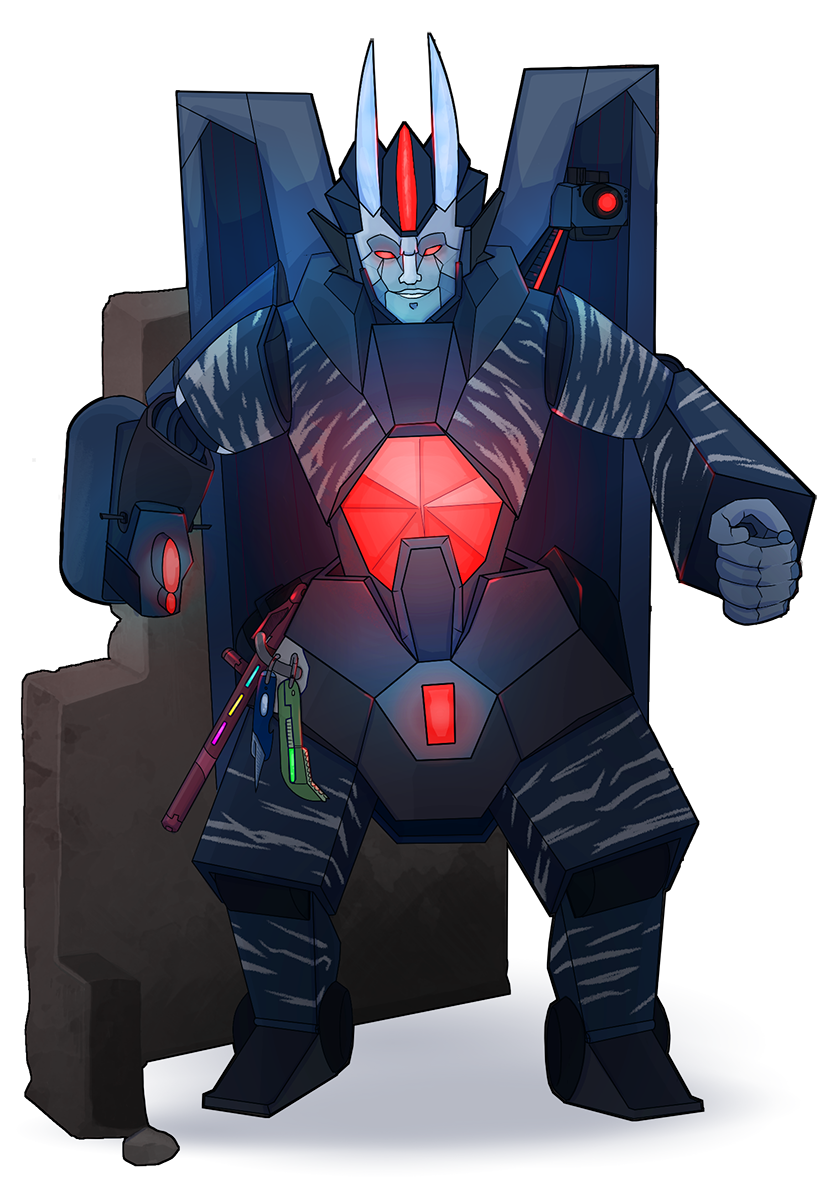 The paxans of the planet Pax discovered the potential of magic and plasma long ahead of the rest of Olaxis during the Isolation Bryte. After this discovery, the paxans fell into a global war for plasma from which their civilization never recovered. One faction of paxans created peacecraft in the early years of the war as a deterrent. Meant to be piloted by a single paxan, they were the perfect combination of magic and technology. More powerful than any armaments previously seen on Pax, fueled by hope, and capable of adapting to the field of battle seemingly on a whim, it was believed their creation would put an end to the fighting. Then a different faction of paxans successfully built their own peacecraft. Thus began an ever-escalating cycle that ended with the destruction of the paxans.

Peacecraft don’t talk much about the paxans, but their affection for their creators rings clear in all that they do. From the way they hold vigil over the ruined cities of Pax, to their insistence, almost to a one, that they never be used for war again.

The Paxan War was eons ago, and to most in the galaxy paxans are an odd legend. The Pax system is real enough, but Pax, the home of the peacecraft’s seven Heartcode servers and their secret to immortality, is strictly off limits to all but the peacecraft themselves.

The species took a collective vow to never create more of their kind, but their immortality allows them to continue their society. The Heartcode servers constantly back up all peacecraft’s consciousness. When a peacecraft’s body is destroyed, a new one is built in Pax, and the being’s consciousness is downloaded into it. Before the Burn Bryte no peacecraft could truly die, but the first to fly into the Burn were wiped from the Heartcode servers, putting a fear of death into the species. This revelation leads to debate among peacecraft about whether or not they should attempt to build more of their kind.

Peacecraft are firmly anti-war and pro-environmental conservation. Many take on hard diplomatic work and peace talks as neutral parties or volunteer through ARC to combat the horrors of the Burn.

A constructed species built without a unifying culture other than war, many peacecraft absorb the customs of other species easily and imprint on their found families. Conflict causes many peacecraft anxiety.

Some peacecraft still maintain old wartime factional loyalties that were baked into their coding, though over time the edges of these loyalties have mostly worn into rivalries and the occasional grudge. Others still have warlike urges towards fellow peacecraft, which they work out through a much-beloved tactical sport called allball.

Individual peacecraft differ hugely in appearance, but most are generally bipedal metal constructs standing between 15 and 30 feet tall. Some are rumored to vastly exceed this median, with the Heartcode server guardians standing at around 300 feet each.

Many models are humanoid, with two arms with hands ending in five fingers, as well as faces with forward-facing eyes, a nose, a mouth. All have at least one internal cockpit made to house one other creature are liberally outfitted with weapons. This is where the similarities end, however—each is customized to a specific functionality with weapons and assistive technology to match.

There are a set number of peacecraft—around 10,000 total. They are a combination of magic and technology that’s resulted in sapient AI with very distinct, grounded personalities. Many, including the peacecraft themselves, have tried to replicate the technology to no avail.

Peacecraft often have names that are compound words. Sometimes these names point at aspects of their personalities, but many seem uncommonly bellicose for the usually soft and diplomatic species, hinting at their bloody origins. Sometimes a bot adds a number after its name that signifies how many different bodies it has inhabited.

All peacecraft characters gain the Combine and Reboot special abilities for free.