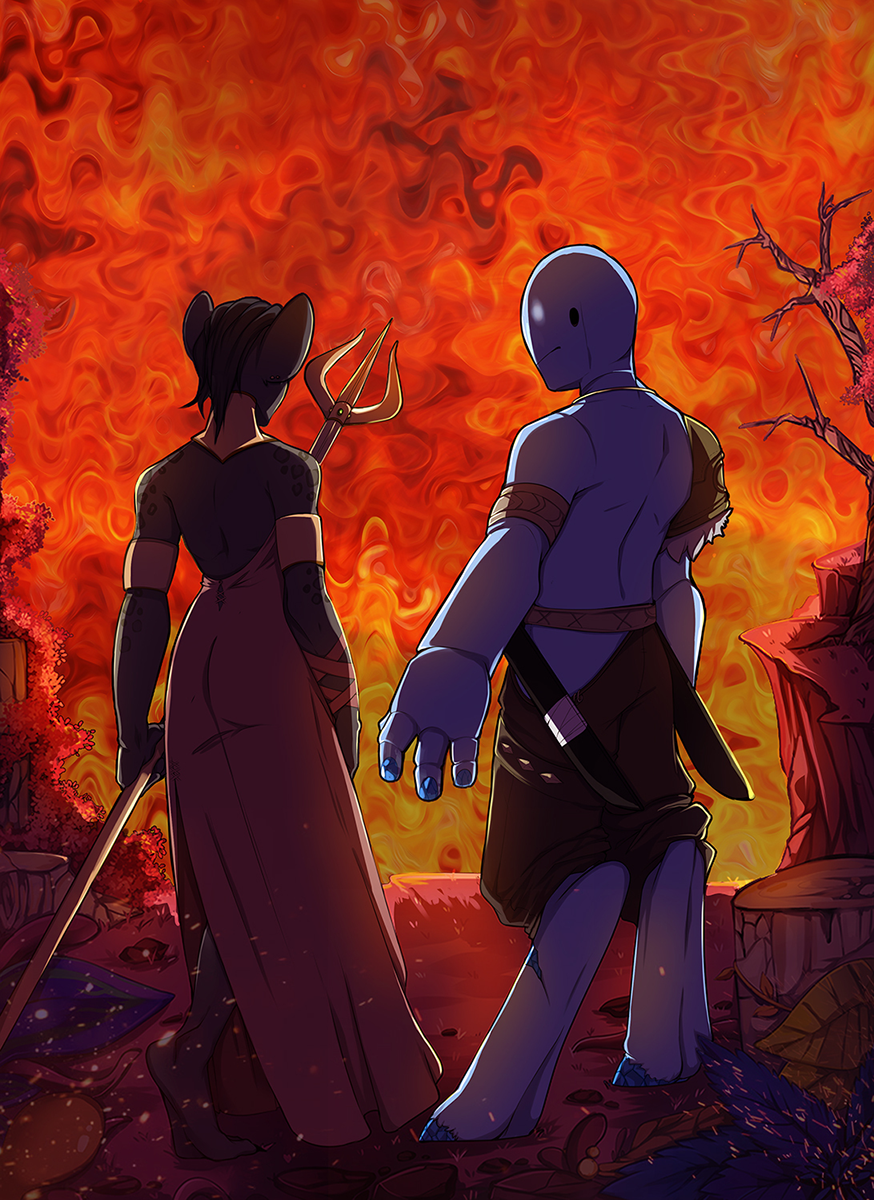 The Burn is the alleged universe-ending phenomenon that surrounds The Olaxis Galaxy. When people in Olaxis look up at the sky, they see the Burn as a red and orange aurora. The prevailing theory is that these lights are the burning of matter, and beyond the Burn there is literal nothing, the actual ceasing of existence. There is no definitive proof of this theory. The phenomenon already consumed several solar Systems within Olaxis and shows no signs of stopping.

The Burn grows at an erratic rate. One edge could move at a snail’s pace, seeming to linger as it half consumes a planet, while another could suddenly accelerate towards the center of the galaxy and consume an entire system before slowing again. There is no predicting these bursts of Movement, but most scientists in the galaxy have used observations to determine that Olaxis will be entirely consumed by the Burn within the next millennia or two.

While scientists agree that the Burn seems to be bringing about the end of the universe, not all agree on its origin. Some believe the Burn to be part of the natural order, that the same force that created existence is coming back to claim the universe. Others believe the Burn to be a manufactured weapon or experiment in a far-off galaxy gone awry consuming everything in its path.

Some believe the Burn is something other than the end of existence. The Daylight, a religious cult that worships the phenomenon, believes the Burn is part of the plan of a deity named Goulmock. According to the cult the god sent the Burn to punish the wicked and create a better a place for the just. Rythwir Telanco, a loose collection of conspiracy theorists, believe that just behind the Burn is an invading force from another galaxy that uses the phenomenon to harvest what resources remain after the destruction. Every theory one can think of, from the entire universe just being a simulation that’s ending to the Burn being created by the Overguilds to drive up the price of goods and services, has its believers.

The only thing known about the Burn is that when something is consumed by the phenomenon, it is never seen or heard from again. The Order of Heroes, an organization of scientists dedicated to discovering the cause of the Burn, hurls objects and creatures into the phenomenon and records the results. Many subjects appeared in terrible agony as they crossed into the unknown, but a few seemed at peace and serene. The Order can’t be sure what this means until they complete more experiments.

As the Burn moves toward the center of Olaxis, so do most of the peoples of the galaxy. The result is a crowded center that has people constantly struggling for rapidly dwindling resources. Criminals and monsters lurk near the edge of the Burn, living in the abandoned settlements and space stations others left behind. Treasure seekers, resource miners, and bounty hunters brave enough to face the dangers at the edge of existence can make a lucrative, if often short, living.

Multiple planets and moons are partially consumed by the Burn. What remains in existence changes into something else. These environmental effects vary from planet to planet, and there’s no predicting how the Burn changes a specific place. Sometimes the remaining part is covered in ice and other times lava. All the water might dry up in some places, and other times an environment floods with rain that turns organisms to stone. A gas planet can turn to a solid and vice versa, and rivers of acid, gravitational changes, Crystallization, and more have all occurred when the Burn comes into contact with a planet.

If the Burn partially consumes a star, the effects also vary. Sometimes the star explodes, causing a destructive wave that destroys nearby planets and moons. Other times it becomes warmer or cooler, affecting those planetary bodies around it. Sometimes the chemical composition of the star changes, becoming rock, acid, or an enormous celestial storm.

The Burn is the defining event of The Burn Bryte. Almost all sapients in Olaxis are reacting to the phenomenon and trying to figure out what it means for their lives and those of future generations.